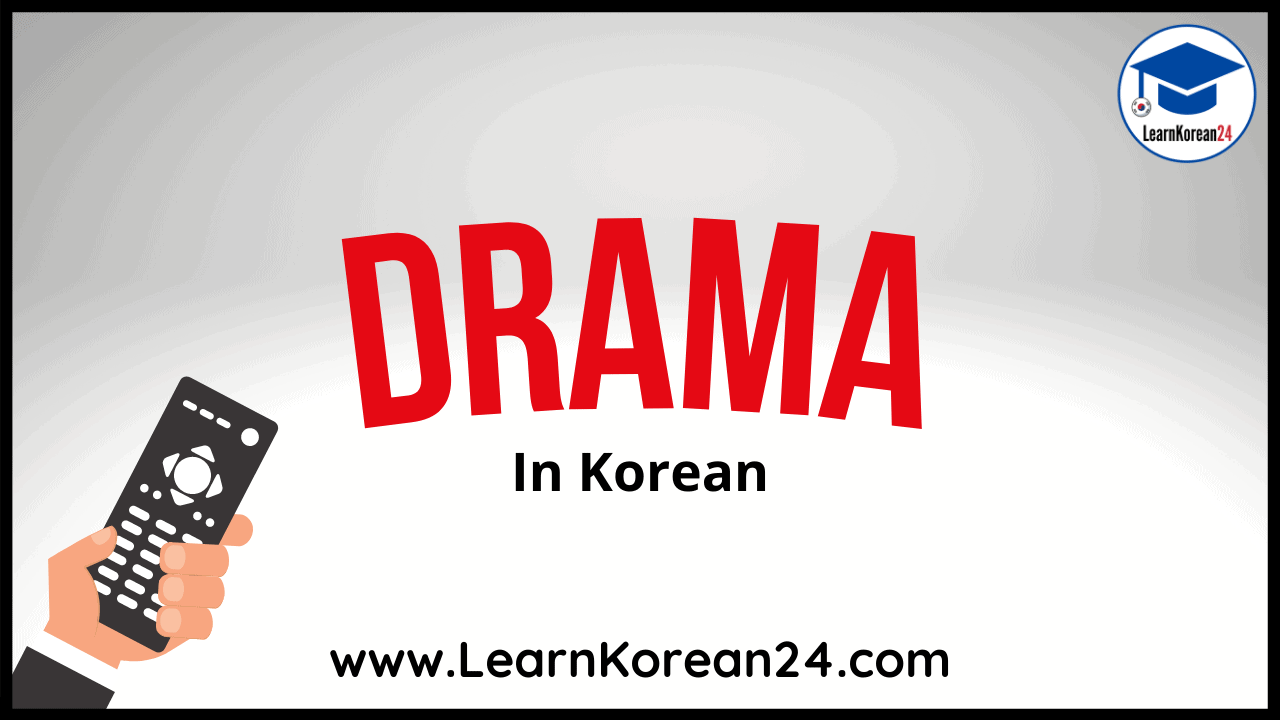 Korean Drama, also known as Kdrama, have become increasingly popular over the past few years and so has people’s interest in South Korea. If you’re a fan of Korean drama you probably want to know how to say drama in Korean so that you can talk about the Korean TV shows that you enjoy.

The word for drama in Korean is 드라마 [deu-ra-ma]. Listen to the audio below to hear how to pronounce this word.

You have probably noticed that 드라마 [deu-ra-ma] is very similar to the English word ‘drama’. This is because 드라마 is a Korean word borrowed from English (also known as Konglish). 드라마 [deu-ra-ma] is the most common way to say drama in Korean and can be used in most situations.

Download a worksheet and flashcards to help you learn these Korean drama words.

Here are some useful example sentences you can use to talk about drama in Korean. Specifically, you will learn how to ask and answer what kinds of Korean dramas you like. If you want to hear how to pronounce these Korean sentences, check out the video below from our teacher Arah.